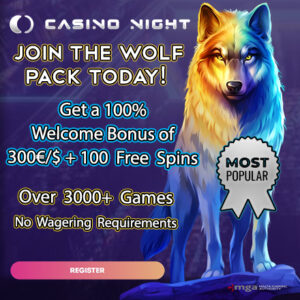 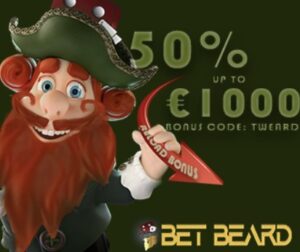 JetX Arcade Slot is an innovative arcade slot game developed by SmartSoft Gaming. Anyone who is a fan of retro games from the likes of Commodore or the early Nintendo games will appreciate this 80s looking online slot game. Originally launched on Cbet Casino, you can now find the arcade game on several other brands such as PlayRegal Casino, 5Gringos Casino and Vasy Casino.

JetX slot game has an RNG (Random Number Generator) that determines the outcome of each round. In this innovative slot game, players bet on a pixelated jet plane flying across the screen to ever-increasing heights… until it crashes!

In JetX, casino players bet together concurrently in the same game rounds. Each player places their bet while being able to see the bets and outcomes of other players who are betting. You can bet between 0.10€ and up to 600€ per game round. When placing a bet, you can bet on

Bets are placed while the jet plane is getting ready to launch from the landing strip. As the jet plane takes off the betting stops and then the game multiplier starts accumulating as the plane shoots to the sky.

As there is no limit as to how high the jet plane can fly, there is no limit on how much you can win, but on the flip side; it can also crash at any time. The longer it flies, the higher the multiplier of your bet.

Did you know that there is another version of the original JetX Game?

Read more about the new JetX3 Game below or click here to see the full game review.

The main point of the game is to cash out your bet before the plane crashes. The higher the plane goes, the bigger the multiplier and then the reward. But if the jetX plane crashes, you lose your bet and winnings. This game has been made for players who can stand pressure and who have the nerves of an elephant. If you are looking for excitement and you have the nerves to see while the multiplier grows, without cashing out too early. This is a game for you and we are sure that you will have the best time playing this fantastic JetX Game.

There’s another exciting part of the JetX Game on top of the main goal of cashing out before it’s too late. Jet X Game has a progressive jackpot called Galaxy Jackpot.

The jackpot is paid out at random intervals given that certain conditions are fulfilled; the stake must be 1€/$ or higher and the multiplier must be 1.5x or higher before players cash out.

There is no real RTP or volatility information available, simply because of the unique way the game works. You either cash out early and win little, or keep on waiting and jet to the stars with your multiplier growing and growing or then you lose all your winnings. The gameplay is straightforward, but it’s a very exciting game and the cool part is that you will or can never know what the end result will be.

How to play JetX Arcade Slot

To cash out before the jetx plane blows up in space, you must click on the Collect button. This will reward you with your bet multiplied by the multiplier you stopped at. The great thing about Jet X is that you will always win something in every round, as long as the plane will not explode immediately after taking off, YES, we have seen this happen too. Even if it’s a 1x multiplier, it’s a win anyway and you have basically not won, as you only got your bet back, but we know one player who has won 391 times his bet, it, unfortunately, was only 0.50€ but that is still a nice win.

The game screen has the history of your past bets and at the side of the screen, you can see all the previous rounds and the best that the other players are making and their winnings. Under the actual game frame, you will see the bet options and then the BET / COLLET button. You can chat with other players in real-time, which adds a sense of excitement and competition.

Our Final Verdict on the JetX Game

JetX is an innovative arcade slot that brings people together, making it more interactive and social compared to traditional arcade games.
The most exciting part of the JetX slot compared to other regular slots is the perception of control. Having the choice of going with your gut feeling as waiting for another 2-5 seconds can potentially increase your win significantly or then it can make you lose all you have been winning until the moment the plane crashes.

There is always the option of choosing to bet safe and making sure that you win slowly and not cash in your winnings in one go! This is one of the reasons that keeps players coming back.

After the first round has finished, you can’t help but wonder what if..? So naturally, you will hop back into the game and go again!

This concept is new and we are sure that there will be so many more games like this coming. There are already a few game studios that have made a version of the original JetX Game.